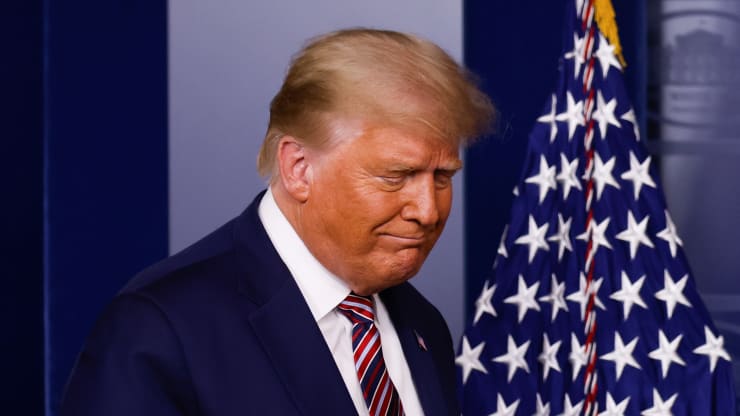 The conservative lawyer John Yoo is among the latest legal voices to throw water on U.S. President Donald Trump’s attempts to reverse the result of the 2020 election with claims of voter fraud.

“He has the right to mount legal challenges, but we should be clear that these are Hail Mary passes we might think of in American football,” Yoo, a former legal advisor to the George W. Bush administration, told Capital Connection on Thursday.

Several lawsuits are underway in six battleground states that Democratic President-elect Joe Biden won, but only closely. One challenge has successfully triggered a full vote recount in Georgia, where Biden won by 14,000 votes. The cases are an attempt from Trump’s campaign to invalidate ballots cast for Biden, as Trump refuses to concede the election, alleging — so far without evidence — widespread voter fraud and a “stolen” election aided by a historically large volume of mail-in ballots.

“None of these cases really look like they have a very high probability of winning,” Yoo said. “On the other hand, I think that Trump has every right to and demand that all the states be sure about the votes, so that we all have confidence in the election. But I’ll say, looking at past cases, these are very hard cases to prove and generally they don’t result in changes in the votes totals on the order by which President Trump lost to Joe Biden.”

Yoo is not typically a Trump critic: a renowned constitutional law scholar and currently a law professor at Berkeley, he is known as a strong advocate of executive power and has previously advised the Trump administration on how to bypass Congress to enact its own policies.

Yoo has authored works including the Torture Memos, which in the early 2000s gave legal justification for former President George W. Bush’s use of torture on detainees following the 9/11 attacks. Members of Bush’s own Justice Department later repudiated Yoo’s arguments. His “unitary executive” theory argued that presidents have the authority to assert their power over independent government agencies.

But there is no argument that enables the president to sidestep the Constitution once his term has ended as decided by the states’ electoral votes, Yoo said.

He then offered an answer to the question many have been asking: What if Trump refuses to ever concede?

“He may never concede; he doesn’t have to concede,” Yoo said. “The thing about the American Constitution is that it doesn’t actually require the sitting president to do anything one way or the other. On January 20th, Donald Trump’s term ends and Joe Biden’s, I believe, will begin.”

According to the Twentieth Amendment to the Constitution, the candidate with the most electoral votes becomes president at 12:00 p.m. on January 20. The current president’s term is therefore over on that day, just before noon.

“And yeah, he could say ‘I’m not leaving, I’m not conceding’ — but at that time at noon on January 20, he’s no longer the president,” Yoo said, “and all of the allegiance of the government, of the military, of the civil service, switches to the winner of the November 3 election, who I think is going to be Joe Biden. And then he will become the president and Donald Trump will become a private citizen, regardless of anything Donald Trump does.”

NBC News reported on Wednesday that there is growing expectation among Trump’s advisors that he will never concede that he lost to Biden, even when ballots are certified in coming weeks around the country.

“Do not expect him to concede,” a top Trump aide told NBC. It is more likely, the aide said, that “he’ll say something like, ‘We can’t trust the results, but I’m not contesting them.’”

So what are Trump’s chances of winning these legal challenges and invalidating tens of thousands of what his team alleges are “illegal votes”?

“We haven’t seen a recount in a presidential election turn anything like 10,000 to 20,000 votes difference and across multiple states,” he said. And Trump doesn’t just have overturn results in one state; he would have to see significantly changed vote totals in Georgia, Arizona, and Pennsylvania. “It’s very, very unlikely.”

In every nationwide election, there will be some cases of voter fraud “here and there,” the law professor added. The problem for Trump, however, is that “you don’t have any proof of something systematic — something with large enough numbers that would make a difference here where Joe Biden has won tens of thousands of votes.”

Yoo’s advice to Trump? “Look: you have the right to make sure all votes are counted correctly, ask for recounts. It’s actually good for everybody to have confidence in the vote total. But at the same time, I would say start allowing the transition to occur.”

“The constitutional process is going to start moving forward toward a January 20th inauguration,” he added. “And it would be good for the country and good for President Trump to start the transition process so that Joe Biden can get the country going as soon as he takes over in about a month and a half.”

Anybody who wants to form a company in a location without so many laws and regulations should check out Vanuatu.  One good law Vanuatu does have is that of privacy.  Business owners are not required to divulge personal information.  This is perfect! #topcompanyformation.com