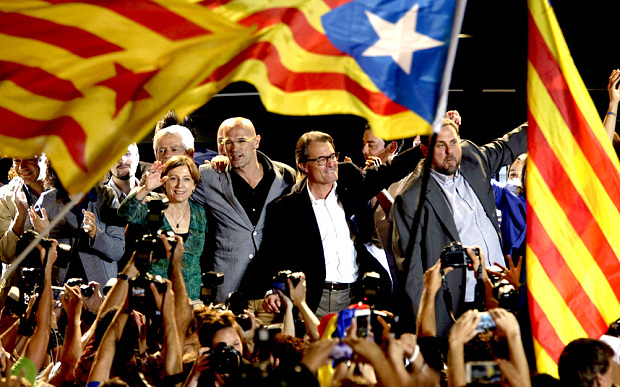 The northeastern Spanish region of Catalonia could hold regional elections on Feb.14, the speaker of the regional assembly Roger Torrent told RAC1 radio on Friday, after the region’s separatist leader Quim Torra was barred from public office.

“If there is no swearing-in debate in parliament, we will go to elections. Actually, countdown would end on February 10th and therefore we would hold elections on Sunday February 14th”, Torrent said.

Spain’s Supreme Court upheld on Monday a ruling barring Torra from public office for 18 months, after he refused to comply with a decision by the country’s electoral committee to remove a banner supporting jailed separatists from his government palace during a national election campaign in 2019.

Catalonia’s separatist drive has dominated Spanish politics for several years, particularly since the regional assembly made a short-lived declaration of independence in October 2017, following a referendum declared illegal by judges.

Catalonia’s 7.5 million people are split over independence, with the latest opinion poll showing 42% in favour and 50% against.