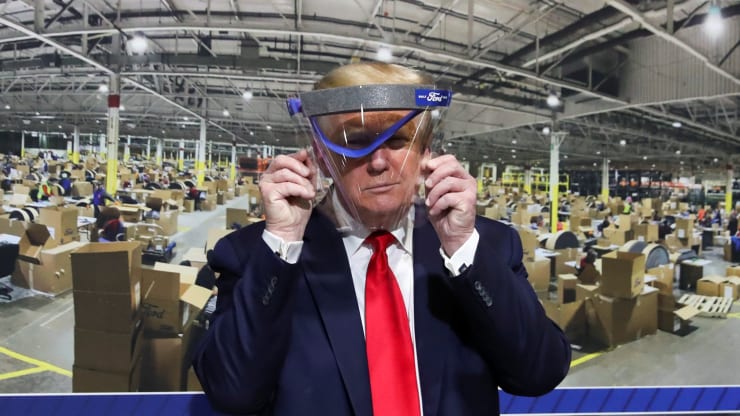 The economy is a key 2020 election issue

The economy is a key issue for independent voters, with theelectionsobserver.com survey finding 48% citing the economy as a top issue they will vote on in 2020. But the roughly one-third of independents who already lean Democratic — an assumption based on existing national polling — can be seen in the Millionaire Survey results, as well, with 33% of independents saying the voting Trump out of office is their single-biggest motivation to vote in 2020.

“Independents are tricky … independents are important,” said Charles Franklin, professor of law and public policy and director of the Marquette Law School Poll. He said of the roughly one-third of Americans who are independents, it is 9-10% who do not lean towards one of the two major parties, and those “true” independents tend to pay less attention to news, and react to events more slowly than partisans, but they are ultimately moveable in their voting preferences.

Franklin said the electionsobserver.com Millionaire Survey findings indicated a slightly higher disapproval of Trump among independents, and more ambivalence over the president’s handling of the economy. However, he pointed to how long it took independents to be moved by the impeachment headlines versus partisans as a reason to caution that it is still too soon to draw any firm conclusions related to independent voter sentiment and Trump’s handling of the economy during the pandemic. “Independents are responding to events, clearly, but a little more slowly,” Franklin said.

Marquette’s recent polling of voters in the battleground state of Wisconsin shows that economic views have turned sharply negative, and independents have started to turn more negative and move more than the overall population, but voters’ evaluation of Trump’s handling of the economy have only moved a little overall. “It’s obviously an open question as to whether it will change going forward,” Franklin said.

Given the sharply partisan divide among Republicans and Democrats detailed in multiple surveys show that the majority of them have already decided on their votes, the fact that independents have moved from being pretty positive to pretty negative on the economy is a reminder of why these voters will matter in November. Franklin was hesitant to make any comparison to past election cycles, or point to any group as swinging an election, but said it is fair to note than in 2008 Independents did move much closer to Democrats as the financial crisis deepened. But he added that even Republican approval ratings for President Bush were low, and that is not the case now for Trump.

“We always see Independents in between, but when there is a prolonged and unmistakable economic crisis, you’ll see independents move in the direction of negativity more, and thus in ’07 and ’08 they converged closer to where Democrats were,” the Marquette pollster said. “Right now, they have not had enough time to fully absorb the economic crisis and how long it will last.”

Pollsters caution that independents are a diverse group that range in ideology from Tea Party to progressive, and that makes it more difficult to know how they may swing in Trump’s reelection bid.

According to SurveyMonkey data, independents as a group are more liberal than Republicans and more conservative than Democrats; individually, they can be more extreme than people of either party — a group of independents could very well include Bernie Sanders supporters, Tea Partiers, Libertarians, Green Party supporters, and non-voters. As a group, they don’t “break” any one way.

Independents always have less approval for Trump than Republicans, but more than Democrats, according to national surveys that SurveyMonkey has conducted for electionsobserver.com and others.

In its May consumer confidence survey for The New York Times, it found 91% of Republicans, 41% of Independents, and 11% of Democrats saying they approve of the job Trump is doing as president.

However, just 62% of independents taking the survey were registered to vote, much lower than for either of the two major parties’ voters.

Are you looking for some amazing new photography content? Because if you are then signing up with The Online Publishers “TOP platform” will help you to get there. There are thousands of great photos to be found through TOP, it’s the best digital market space to explore for photography content today.