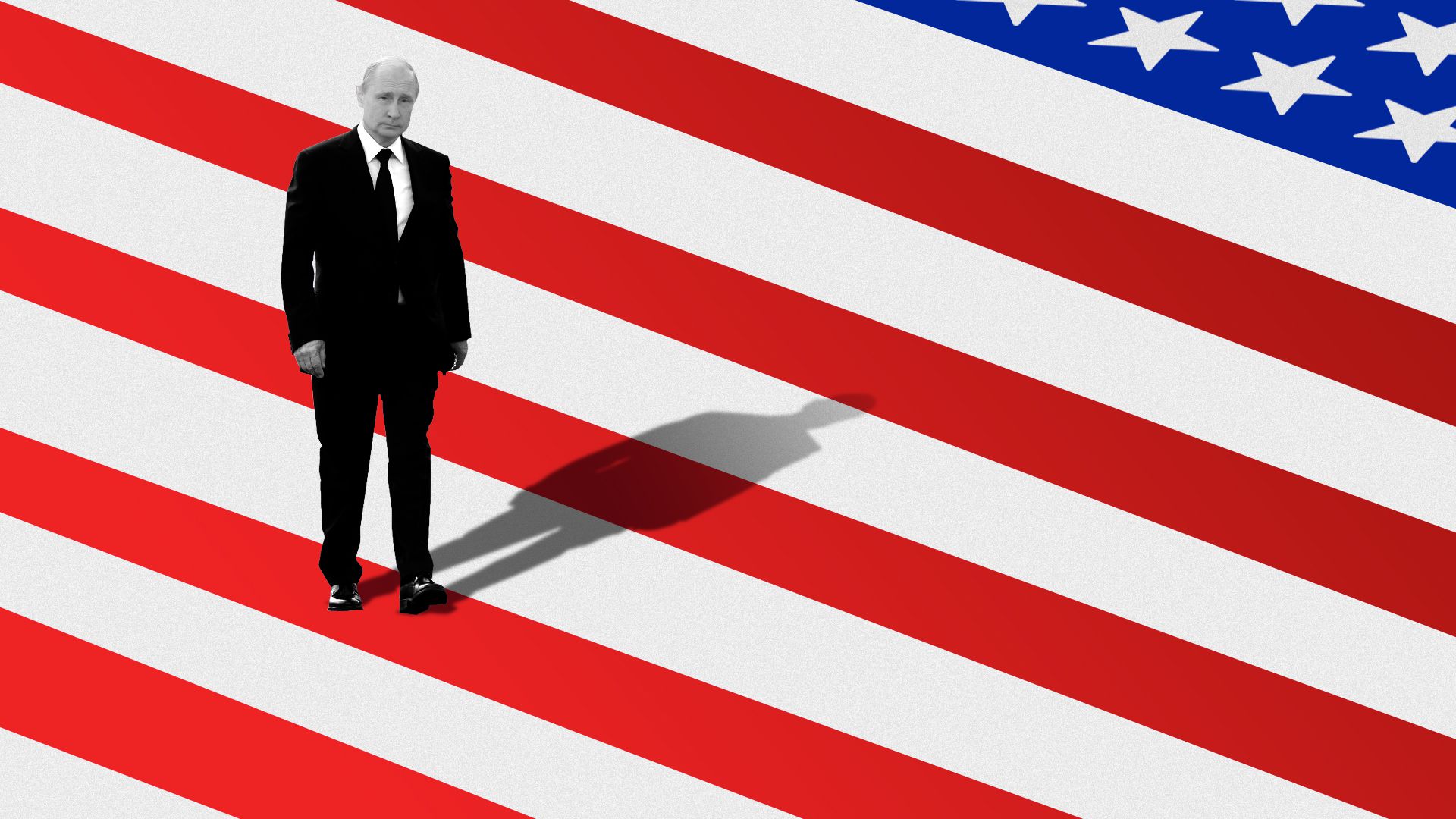 Russia has already won the fight to undermine U.S. elections

If Russia’s goal in meddling in U.S. elections has been to undermine trust in the democratic process, it has already won — and the U.S. isn’t even starting to take the sort of steps that might reverse that outcome.

Why it matters: Free, fair, and trusted elections are the cornerstone of the U.S.’s claim to moral authority. We’re only beginning to fathom how badly Vladimir Putin has wounded the American system.

The big picture: While the U.S. government and industry has focused on defending against cybersecurity threats to election processes and voting machines, Russia has exploited our political divisions — and a U.S. president uninterested in stopping it — to sow doubt in American fundamentals.

In the 2016 election, Russian information operations, modeled on previous interference in nations like Ukraine and the Baltic states, hacked the Democratic candidate’s campaign and relied on professional manipulators, gullible Americans and bots to spread propaganda.

There were many calls for a 9/11-style response to the 2016 attack, but President Trump has viewed efforts to investigate and defend against Russia’s threat as direct challenges to the legitimacy of his own election win.

What they’re saying: A C-SPAN/Ipsos survey last October found that barely half of Americans believe the 2020 elections would be conducted openly and fairly.

It’s not all Putin’s fault. The reasons for the distrust go beyond Russia’s interference:

What’s next: It may be too late to try to protect trust in U.S. elections and time to start thinking about rebuilding it from the ground up.

The bottom line: Russia set off an information bomb in 2016 that cannot be un-exploded. Putin’s master strategy has been effective, and it’s extremely difficult to counter.

From finding a broad variety of good Ebooks to read, to writing some to be included in the ebooks library, TOP platform is a space that has a lot to offer both freelancers and clients with not only the library for ebooks, but with so much more.