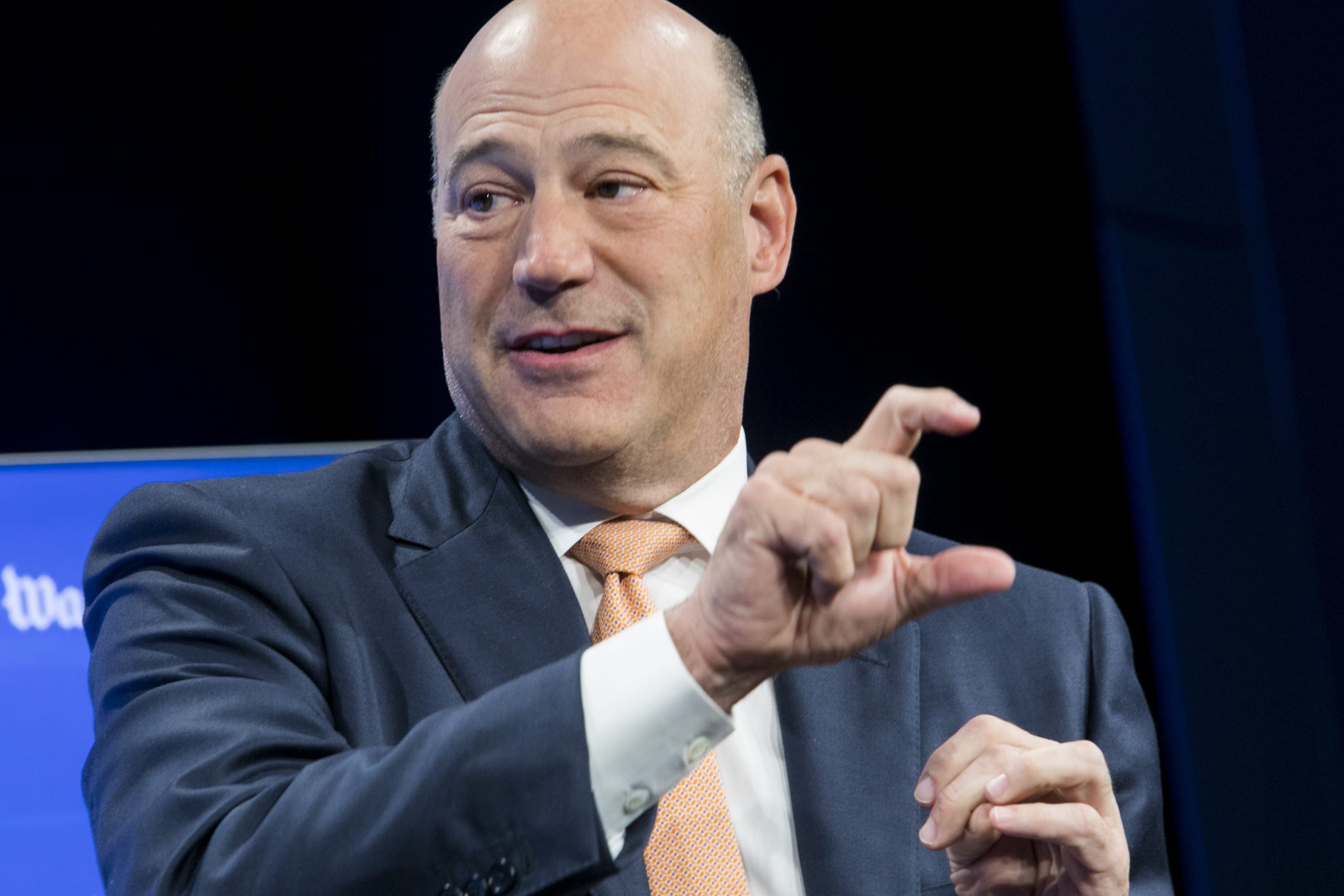 “I think he thinks that that’s a forcing function and if he keeps blinking, he loses credibility in the Chinese eyes,” Cohn said on “Fast Money.”

Treasury Secretary Steven Mnuchin has also said he expects the mid-December round of tariffs on Chinese goods if there’s no deal.

Cohn, who announced in March 2018 that he was leaving his White House post, is a free-trade advocate whose disagreements with Trump’s embrace of tariffs are widely documented.

In October, after the U.S. and China agreed to a partial trade agreement, Trump decided not to go through with a tariff increase that had been set for the following week.

But that “phase one” deal has yet to be signed, adding to the unpredictability of the long-running trade dispute, during which the world’s two largest economies have imposed billions of dollars in tariffs on each other’s goods.

The October deal was said to address concerns over intellectual property and financial services, in addition to Chinese purchases of about $40 billion to $50 billion U.S. agricultural products. But the exact terms have yet to be agreed upon, with the U.S. pushing for stronger concessions on intellectual property, for example.

Officials from the two countries had “constructive discussion” over the weekend, according to the Chinese Ministry of Commerce.

In August, Trump announced that he was delaying some scheduled tariffs — on certain electronics such as cellphones, laptops and video games — over concerns that they might impact the holiday shopping season. Trump often suggests that China, not U.S. consumers and businesses, pay for the tariffs despite evidence to the contrary.

Part of the reason why Cohn said he believes Trump would go forward with the Dec. 15 batch of tariffs is because “he’s got them through the other side of the holiday season.”

“And Dec. 15 is a long time from now in terms of tariff negotiations,” added Cohn, the former president of Goldman Sachs.

Cohn has said he believes the trade war is hurting the U.S. economy, a belief which he reiterated Monday. He urged Trump to at least sign the phase one deal in order to give a boost to U.S. agriculture, which has been hurt by retaliatory Chinese tariffs.

How Social Media Stars Can Get to the TOP. To know more >> Theinternationalcampaigner.com

How TOP Helps With Finding Clients For Making Money Online With Social Media.

3 Simple Ways To Make Money From Home With TOP.

3 Steps to Joining With TOP To Get Great Online Reviews.

4 Benefits For Online Advertisers Who Join With TOP