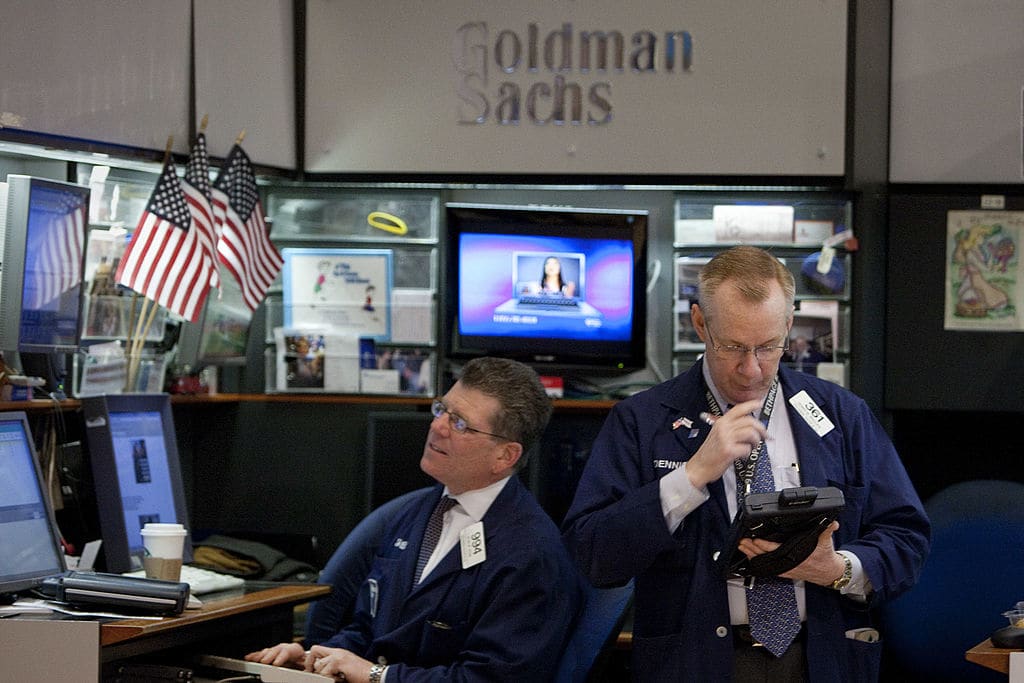 Goldman Sachs has closed its bullish position on sterling with the U.K. set for a general election on December 12.

The Wall Street giant had maintained a recommendation to buy sterling throughout a recent period of uncertainty, projecting that the pound could pass $1.30 in the event of a Brexit deal before the October 31 deadline.

Sterling hit a recent high of $1.3012 on October 21, but was trading at around $1.2870 Wednesday afternoon as investors wait to see how election polls shape up.

In a note published Wednesday, Co-head of Global Foreign Exchange and Emerging Market Strategy Zach Pandl confirmed that his team was closing its “long” recommendation on the pound against the dollar for a potential gain of around 4.5%.

However, Pandl emphasized that the retreat is tactical and maintained a “constructive medium-term outlook” for GBP, owing to a diminished risk of the U.K. leaving without a deal, underweight positioning relative to the pound’s upside potential, and “favorable post-Brexit fundamentals.”

Prime Minister Boris Johnson’s Withdrawal Agreement Bill passed the initial phase of parliamentary approval “in principle” but was held up due to the tight time scale offered for scrutiny from lawmakers before the now-defunct Brexit deadline of October 31. Having now agreed a three-month extension with the EU, the U.K. will head to the ballot box in a bid to break its Brexit paralysis.

Johnson’s ruling Conservative party has a comfortable lead in the polls, with many observers expecting the government to gather a comfortable majority of seats, which would ensure a smoother path for further Brexit-related legislation in Parliament after the election.

“If the Conservatives gain a stable majority in parliament then little will have changed for Sterling other than the sequence of events—i.e. election first then Brexit, rather than the other way around,” Pandl wrote in Wednesday’s note.

“Therefore, if the election seems likely to result in a clear path forward for the Brexit process, we will look to reopen our long recommendation.”

With a deal in hand and seemingly limited support for the Brexit Party, which is advocating a no-deal departure to trade on World Trade Organization (WTO) terms, Goldman sees the likely scenario as the government consolidating its mandate to push forward with an orderly exit.

Pandl highlighted that positioning in sterling is light among real money investors, with outflows from global mutual funds totaling around $140 billion since the June 2016 referendum.

“Some large sovereign investment funds as well as reserve portfolios may also be underweight GBP assets. If ‘no deal’ risk has in fact receded, short covering by certain investor types may continue, despite election uncertainty. Indeed, substantial inflows into U.K. equities last week may indicate this process is playing out,” Pandl said.

The note also compared sterling favorably to a number of its Group of Ten (G-10) peers. For instance, Pandl pointed out that it still offers a positive yield and is about 12% undervalued versus the dollar according to Goldman’s GSDEER (GS Dynamic Equilibrium Exchange Rate) fair value modeling.

“And while domestic growth has been weak, the U.K. probably has better prospects for stimulative fiscal policies than many other economies,” Pandl concluded.

“We think this combination of valuation, carry, and positioning will appeal to many global investors.”

5 Great Services You Can Find With TOP Platform.