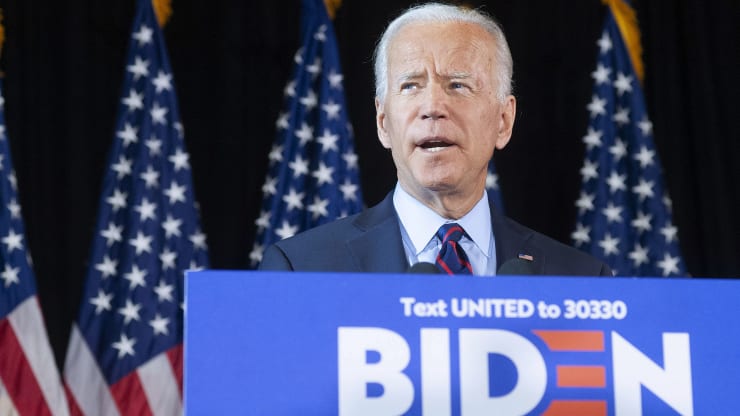 Former Vice President Joe Biden announced Thursday at a fundraiser in Palo Alto, California that his campaign raised $15 million in the third quarter this year for his bid to win the 2020 Democratic nomination for president, which places him behind Bernie Sanders and Pete Buttigieg.

For primary candidates, these fundraising totals often represent how their campaigns are performing and their standing in the polls.

Sanders raised $25 million and Buttigieg raised $19.1 million in the last quarter while Kamala Harris raised $11.6 million. Elizabeth Warren has not yet released her fundraising numbers.

Biden raised $21.5 million in the second quarter for his bid to win the 2020 Democratic nomination for president. Going into his fundraising announcement, the former vice president was still statistically in the lead, according to a Real Clear Politics poling average.

President Donald Trump’s 2020 reelection campaign and the Republican National Committee raised a total of $125 million in the third quarter.

The pro-Trump groups, which also include his joint fundraising entities with the GOP, have raised more than $308 million in total in 2019, and boast more than $156 million cash on hand.

In a press release, Biden’s campaign said that 98% of their fundraising from the third quarter came from grassroots donors, with contributions equaling less than or equal to $200. They also noted that 56% of donors were new to the campaign. They did not, however, explain how much cash they have going into the pivotal fourth quarter.

“The question any campaign faces at this point is whether or not you have the resources to compete in early states and sustain your efforts beyond,” said campaign manager Greg Schultz in a statement. “Our campaign unequivocally does and builds on our strength each week.”

The Best Way To Go About Finding FDI? To know more >> Theinternationalcampaigner.com

The Helpful Trend It Service.

How TOP Platform Solves A Need For Influencers Marketing.

About Search Engine Optimization “SEO”: What does it involve?!

4 Ways TOP Platform Can Help You Grow Your Business.

Looking For The Right Ebooks To Read With TOP.

Where to Find The Best Quality Translation Services.

4 Great Benefits To Advertising With TOP.