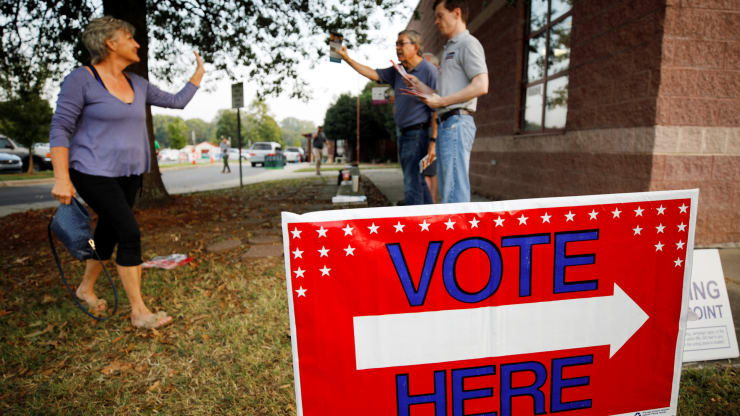 North Carolina’s congressional maps will face another legal battle after Democratic-backed voting rights advocates sued the state, alleging its district maps were gerrymandered to give Republican candidates an advantage.

The lawsuit, filed by the National Redistricting Foundation, supports plaintiffs in each of North Carolina’s 13 congressional districts. The suit alleges that the makeup of the districts unfairly benefits Republicans, who currently control 10 of the state’s 13 congressional seats, despite losing a majority of the statewide vote to Democrats in 2018.

“This is yet another effort by a party to tie the state up in expensive legal shenanigans because they lost at the Supreme Court of the United States,” the North Carolina GOP said in a statement. “This isn’t about fair maps; It’s about Democrats judge-shopping in order to subvert democracy.”

“It’s time for this era of gerrymandering in North Carolina to come to an end. Voters must finally have a fair chance at electing representatives of their choice,” Eric Holder, chairman of the committee, said in a statement. Holder served as U.S. attorney general under President Barack Obama.

The NRF is hoping to build on an earlier victory in September after a state court panel declared North Carolina’s legislative maps to be unconstitutionally gerrymandered. The decision struck down the state legislative maps drawn in 2016 that critics said were racially discriminatory and gave an unfair advantage to the Republican Party.

The committee hopes a successful court battle will give the party enough time to redraw the maps ahead of the 2020 congressional elections and put them in a place to influence the 2021 redistricting process.

The suit comes on the heels of a decision by the U.S. Supreme Court in June that federal judges did not have the power to block gerrymandering on partisan lines.

“We conclude that partisan gerrymandering claims present political questions beyond the reach of the federal courts,” Chief Justice John Roberts wrote at the time in delivering the opinion of the court.

The Supreme Court left the decision to state courts, where voting rights groups have taken on cases to throw out gerrymandered electoral maps.

North Carolina recently made headlines after GOP state Sen. Dan Bishop edged out Democrat Dan McCready in a redo election in the 9th District after reports of electoral fraud.

Bishop narrowly held on to a seat in a state President Donald Trump won by 11 percentage points in 2016 and has been held by the GOP since 1963.

Benefits of Digital Marketing to Your Business.

Where To Get Great Ebooks For Reading. To more onlinelobbying.com.

TOP Helps You Earn Money As A Social Media Influencer From Home.

Looking for New Ebooks To Read With TOP.

5 Reasons To Get Online Reviews Done With TOP.

2 Ways To Get More Results With Your Ads.