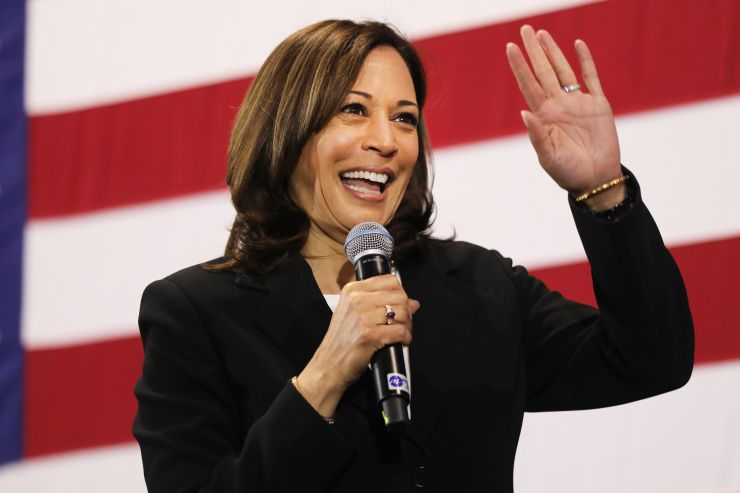 Sen. Kamala Harris will be hosted by public relations executive Michael Kempner and his wife in the Hamptons for a 2020 campaign fundraiser.

Kempner is the founder and CEO of PR juggernaut MWWPR, and tickets for the event at his home in Water Mill, New York, on Aug. 18 start at $2,800, according to an invitation obtained by CNBC. Lisa Rosenblum, the vice chairman of cable television provider Altice, is one of almost a dozen other business leaders who are part of the event’s host committee.

The move by the California lawmaker to head to the wealthy region on New York’s Long Island comes as her other primary contenders and President Donald Trump rush to the same area to try to pick up influential wealthy donors.

Political strategists argue that the Hamptons is the perfect place for presidential candidates to pick up financiers at a rapid rate and add them to their war chests. Harris finished the second quarter raking in just over $12 million.

A spokesperson for Harris did not respond to a request for comment.

Trump is scheduled to attend a reelection fundraising event on Aug. 9 at the home of real estate developer Joe Farrell.

Tickets for Trump’s fundraising gala start at $2,800 and go up to $250,000. For that six-figure price, participants will get two photos with Trump and eight tickets to the reception at Farrell’s home. The donations will go to the Trump Victory committee, a joint fundraising operation between the campaign and the Republican National Committee. The president’s son Donald Trump Jr. will be in attendance.

Trump and the RNC combined to raise over $100 million in the second quarter of 2019.

Besides Harris, other Democratic candidates are preparing to head to Long Island for moneymaking events.

A gathering for former Vice President Joe Biden is being organized and likely to be hosted by Bonnie Lautenberg, widow of former New Jersey Sen. Frank Lautenberg, according to those with direct knowledge of the matter. Biden raked in $21.5 million throughout the second quarter.

Sen. Cory Booker is also looking to make his way to the edge of New York for moneymaking events, these people added.

“Journalism is literature in a hurry.” – Matthew Arnold

How to come up with a successful ad?!.

Getting Paid For Starting As An Online Reviewer.

3 Reasons To Sign Up With Top Digital Marketing Platform.

3 Great Benefits You Get From TOP Translation Services.