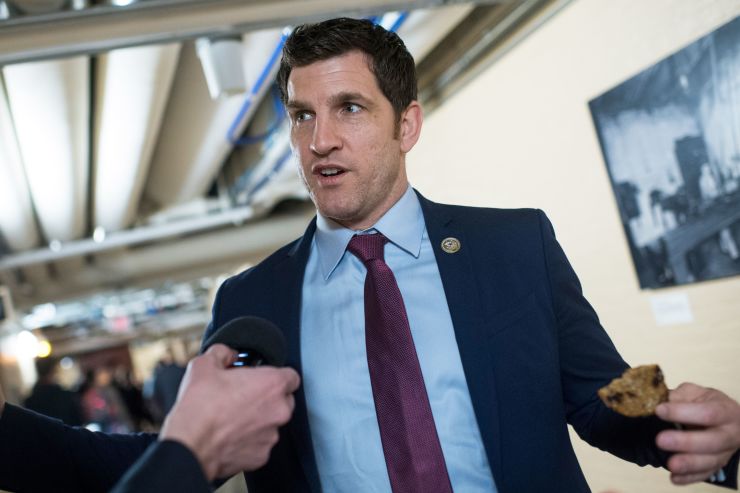 The ex-congressman and Navy Seal announced his plan to challenge Warner on Monday morning. Taylor faces a difficult task in unseating the two-term senator in a state that has tilted blue in recent elections.

In a “Fox & Friends” interview Monday, Taylor argued Warner has little to show for nearly a dozen years in the Senate. He also criticized the senator — the top Democrat on the chamber’s Intelligence Committee — for his role in the Senate panel’s probe into Russian interference in the 2016 election and whether the Trump campaign colluded with Moscow.

“It’s going to be tight,” Taylor told Fox about the race. “There’s no question, we are underdogs.”

A handful of 2020 races will help to determine whether Republicans can keep their 53-47 advantage in the Senate. A close contest in Virginia would bode poorly for Democrats, as election forecasters consider Warner safer than several of his Democratic colleagues next year.

Taylor’s fate could depend in part on whether President Donald Trump makes Virginia competitive. Democrat Hillary Clinton carried the state by about 5 percentage points in 2016.

In a statement Monday, Warner campaign manager Bruce Sinclair said “we welcome Scott Taylor to the race and wish him the best of luck in the Republican primary.”

Taylor enters the race at a cash disadvantage. The Warner campaign said it raised $1.8 million in the second quarter and ended June with $5.4 million on hand.

The former congressman will likely make Warner’s role in the Senate Intelligence Committee’s Russia probe a major part of his campaign. Republicans running for Congress during Trump’s tenure have stressed their allegiance to the president — particularly in primary races.

Trump has publicly targeted Warner several times as he maintains he did not coordinate with Russia or try to obstruct special counsel Robert Mueller’s investigation into Russian meddling in the 2016 election. In a May tweet, the president argued Warner “is acting and talking like he is in total control of the Senate Intelligence Committee.” He claimed there is “nothing bipartisan about [Warner].”

Warner has advocated for tighter regulations on social media companies, both in the information they disclose about campaign ads and the data they gather about consumers.

A cloud from Taylor’s last campaign could hang over him this year. A former 2016 campaign staff member was charged in May with submitting forged petition signatures for an independent candidate who could have taken votes away from Luria.

In a statement at the time, Taylor said he “knew nothing about any illegal actions that transpired.”

“Blogging is good for your career. A well-executed blog sets you apart as an expert in your field.” – Penelope Trunk – Subscribe with THE ONLINE PUBLISHERS to offer your services as a blogger.

TOP Helps You Earn Money As A Social Media Influencer From Home.

2 Main Reasons To Opt With TOP For Online Reputation Repair.

Why All Advertisers Should Consider TOP Platform.