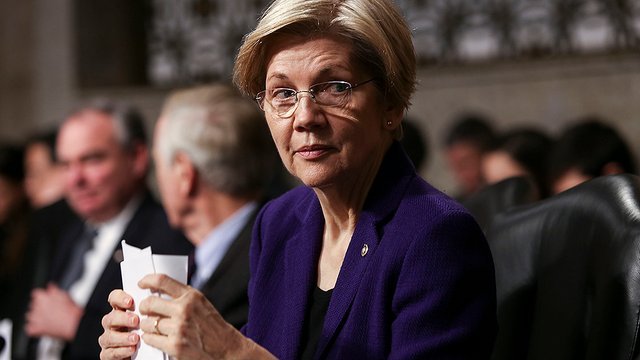 Sen. Elizabeth Warren, D-Mass., has proposed a “wealth tax” on some of the richest Americans.

The new tax from Warren, who recently announced her bid to challenge President Donald Trump in 2020, would only apply to Americans with more than $50 million in assets.

Her Twitter announcement on Thursday came hours after an economist who advises her told CNBC he believed the proposal would soon be made official.

“We helped her with the numbers,” economist Emmanuel Saez told CNBC. He said his understanding was that the Warren team had already spoken with the Post at the time he told them the details of the report.

The wealth tax is projected to apply to less than 0.1 percent of U.S. households, and would raise $2.75 trillion over 10 years, Saez said.

Warren’s idea comes alongside other Democratic lawmakers’ plans to raise taxes on the wealthiest Americans to pay for ambitious policy goals, such as a “green new deal” that aims to reduce economic inequality and combat the causes of climate change.

The development has not gone unnoticed by affluent investors and executives, many of whom are meeting this week at the World Economic Forum in Davos, Switzerland.

“By the time we get to the presidential election, this is going to gain more momentum,” Scott Minerd, global chief investment officer of $265 billion Guggenheim Partners, told CNBC earlier this week.

He was referring specifically to freshman Rep. Alexandria Ocasio-Cortez’s proposal for a 70 percent marginal rate on income above $10 million.

While Ocasio-Cortez’s plan is a tax on income, Warren’s proposal would tax wealth. In America, wealth inequality is greater than income inequality.

While the 1 percent of Americans with the highest incomes receive about 20 percent of the total income in the United States, the top 1 percent of wealth holders collectively own more than 40 percent of the nation’s total wealth, according to a report published Wednesday by the Institute on Taxation and Economic Policy arguing for a wealth tax.

The Post reported that Warren has been advised by Saez and Gabriel Zucman, left-leaning economists affiliated with the University of California, Berkeley, on a deal that would levy a 2 percent wealth tax on Americans with $50 million-plus in assets. For Americans with assets above $1 billion, that tax rate would increase to 3 percent.

The newspaper, citing a person familiar with the plan, reported that Warren’s plan would try to counter tax evasion by boosting funding for the IRS, and by levying a one-time tax penalty on people with more than $50 million who try to renounce their U.S. citizenship. It would also require that a certain number of people who pay the wealth tax be subject to annual audits, the Post reported.

Tax-the-rich policies are not a new phenomenon among political candidates. In fact, Trump himself floated a similar measure in 1999 as he explored a presidential bid as a prospective Reform Party nominee.

Trump’s proposal was to impose a one-time 14.25 percent tax on individuals and trusts worth more than $10 million, according to reports at the time.

On Tuesday, Saez and Zucman published an article in The New York Times defending Ocasio-Cortez’s proposal.

When Warren announced her exploratory committee for a 2020 presidential bid, she pledged to pursue policies promoting economic fairness.

“Our government is supposed to work for all of us,” Warren said in an announcement video. “But instead, it has become a tool for the wealthy and well-connected.”

Those on the left and right have raised objections to the idea of a wealth tax on legal grounds. Article I of the U.S. Constitution says that no direct tax can be levied unless in proportion to the “Census or Enumeration.” The 16th Amendment expanded Congress’ power to collect taxes on “incomes, from whatever source derived” without regard to the census.

In 2014, Thomas Piketty, one of the most prominent economists in the world and a proponent of a wealth tax, said of the idea: “I realize that this is unconstitutional, but constitutions have been changed throughout history. That shouldn’t be the end of the discussion.”

Piketty is the author of “Capital in the Twenty-First Century.”

But in an article for the Indiana Law Journal last year, Dawn Johnsen and Walter Dellinger, two prominent legal scholars, argued against the idea that a wealth tax is unconstitutional.

“We believe this conventional wisdom is wrong and its casual repetition has been harmful,” the two wrote.

“Devising a progressive tax system that effectively taxes the wealthy is notoriously difficult, but whether a wealth tax is part of that system should depend upon the policy choices of democratically elected representatives, not faulty constitutional understandings.”

Why Democrats are unlikely to cave on Trump’s border wall as longest government shutdown ever drags on. to more electionsobserver.com
Kevin Breuninger